The Radiator fin making machine is used to produce heat exchange wavy fins with or without windows. For radiators of Automotive, Truck and so on. 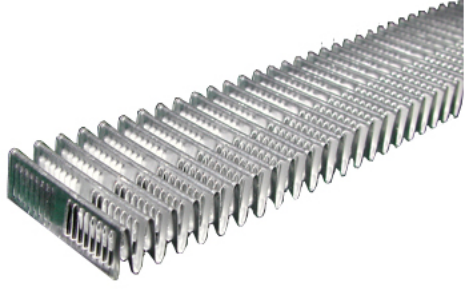 c) Cutting accuracy: error 0 wave is cut at the peak

d) Number of processed sheets at the same time 1

One year since the date of B/L 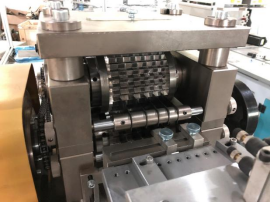 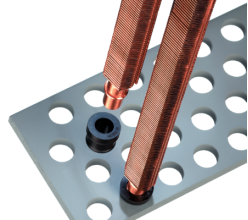 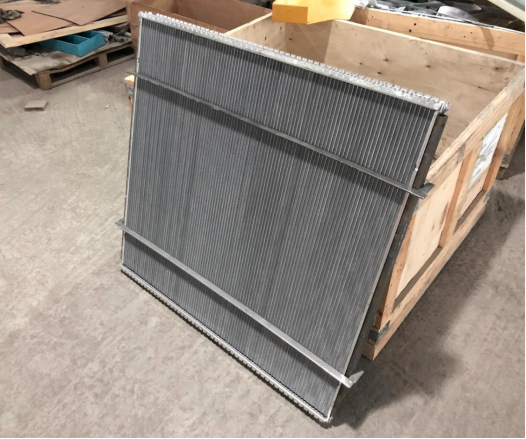 The resistance of the brakes controls the unwinding speed.

2. Material rack: The material rack plate supports the coil material and rotates accordingly. Adjusting the chuck jaws can tighten, loosen the coil material, adjust the position of the tray, and can adapt to the strips of different widths. The resistance change of the potentiometer of the feed resistance adjusting mechanism automatically controls the resistance of the magnetic powder brake. Instantly adjust the rotating braking force of the tray to make it run smoothly, and brake quickly when there is an emergency stop.

3. Feeding resistance adjustment mechanism: Automatic feeding system, when the length of the belt on the arm roller changes, the rotation angle of the arm changes, the damping controller changes the resistance of the magnetic powder brake to make the feeding speed of the tray and the feeder feeding The speed remains relatively constant and automatically adapts to the stable speed of the shaper's work.

5. Fin lubrication device: It consists of upper and lower oil chambers, each of which has oil-impregnated felt. An oil film is formed on both sides of the strip to protect the tool before the strip enters the former, and the dirt on the strip can be wiped off.

6. Molding: The molding machine is driven by the special motor for frequency conversion. It is the key component of the whole equipment. The forming machine is matched by a pair of forming hobs. After the material is rolled, it can get several sets of different window openings. The blinds are bent at the same height as required to obtain the original molded fin belt, and the phase, center distance and gear clearance of the upper and lower hobs can be adjusted. Stripping device: upper and lower peeling pieces, the formed strips Peel off from the hob to avoid getting caught in the hob and blocking the knife, hurting the tool.

7. Peeling device: The upper and lower peeling pieces are used to peel off the formed strip from the hob to avoid getting caught in the hob and blocking the knife and injuring the tool.

8. Wave Transmitter: Through a pair of collecting wheels, the original forming belt will be folded and folded in turn to play the role of collecting and conveying.

9. Collecting device: After the wave conveyor conveys the formed belt after the wave is received, the forming belt is densely popped by the spring damper to achieve basic forming.

11. Fin conveying device: The device drives the worm to rotate the stepped motor to push the formed fins and count them at the same time. When the set number of peaks is reached (fin length), the stepping motor stops driving, and the plc controls the cutting. The knife cuts the strip, and the incision position of the fin should be on the peak top. Otherwise, the toothed belt pulley on the stepping motor shaft is adjusted, so that the peak top of the cut fin belt coincides with the cutting edge, and the toothed belt pulley is fixed. .

quasi. The mechanism is installed on the discharge side of the forming knife roll. When a knife blocking phenomenon occurs, the aluminum sheet is paid out to the outside of the knife roller to contact the electrode probe, so that the control loop of the machine is powered off, and the motor stops immediately, thereby protecting the cutter.

14. Cutter: It consists of a cutting frame and a bidirectional adjustable buffer cylinder. The two-way five-way valve controls the cylinder to advance and retreat to cut the fins to the required length.

15. Fuel injection mechanism: It consists of a solenoid valve, a vacuum generator, and a gas pipe. The vacuum generator sucks the fin volatile oil in the oil tank through the on and off of the electromagnetic valve, atomizes it, and then sprays it onto the knife roll, thereby achieving the purpose of lubricating the knife roll.

18. Hot air drying system: The volatile oil remaining on the formed fins is dried and volatilized. 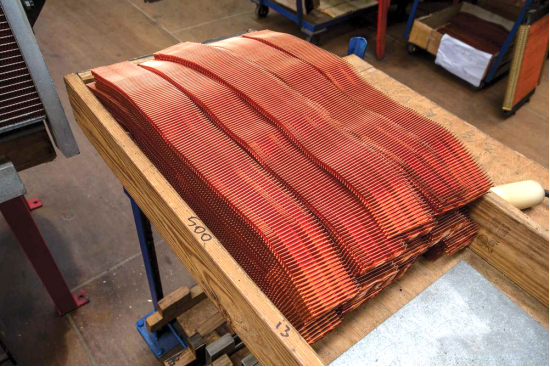 The core part of the equipment - the cutter part can be quickly replaced with a fin forming device, which is multi-purpose. Replace different fins

The molding device can be replaced to produce different specifications of fins. 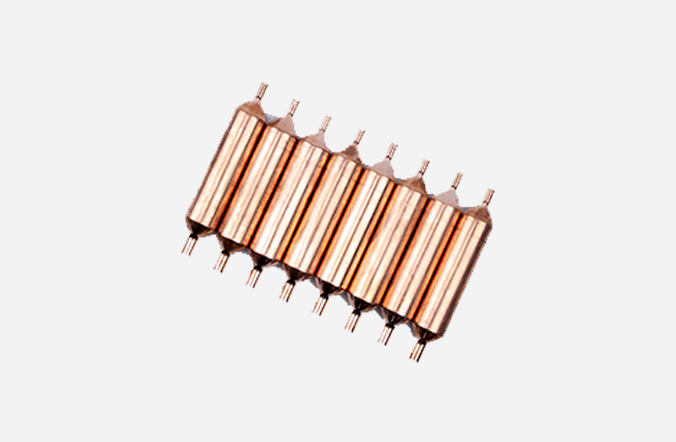 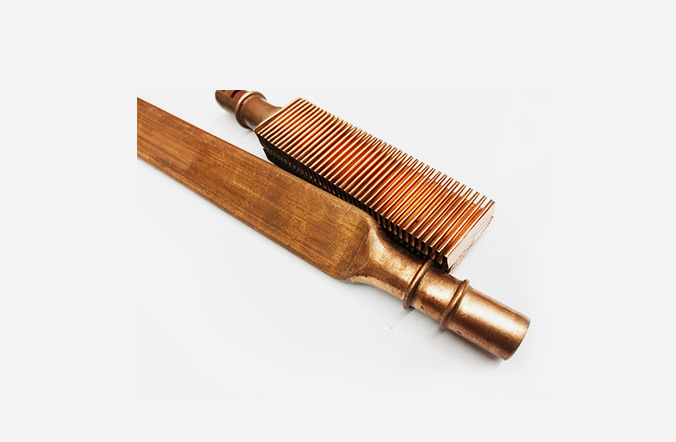 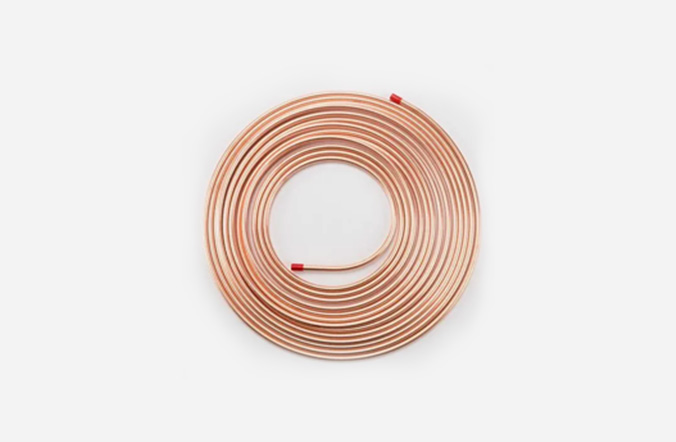 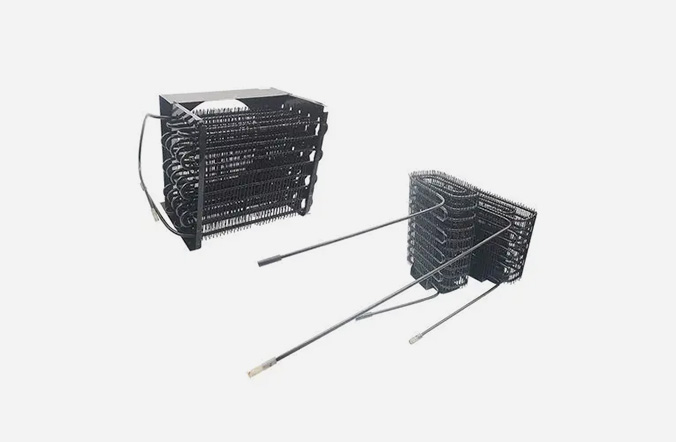